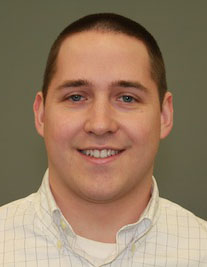 Apex is a great tool for managing your serverless architecture. When I decided I wanted to move my lambdas over, which are almost exclusively python based, my first question was how to handle dependencies. Previously I had written a script which pretty much followed the AWS documentation for creating deployment packages in a virtual environment. This was a simple enough scenario but it still didn’t allow me to build any lambdas which require system level dependencies (i.e., cryptography and pycryptodome) without building the code on EC2. This was cumbersome and I vowed to solve this issue with Apex.

Apex works by having three build hooks, one to build dependencies, build, one directly before upload, deploy, and a cleanup post-deployment, clean. The focus here is on the build hook. The Apex github repo contains an example of how to build a python application with dependencies. Basically it amounts to just running pip install -t $(pwd) -r requirements.txt. This has two issues:

Both of these are unacceptable and so we will address both.

To keep things clean I think that installing packages in a subdirectory is a necessary addition to this. You can do this by simply using pip install -t $(pwd)/lib -r requirements.txt and your lambdas will all fail because they cannot import those packages. That directory needs to be added to your python path. You can do this by adding the following lines AT THE VERY TOP. These MUST be the first two lines, before any other imports:

Most lambdas need access to other systems. For this we use encryption and therefore need to build lambdas on a system which mimics EC2 and the lambda environment. This is a perfect example of how we can use a Docker image which resembles our target environment to ensure consistent builds. Luckily, Amazon provides such a Docker container! So to this base image we’ll add the packages that we need for a python build:

Now you’ll notice that in this Dockerfile we get our environment ready and we are going to mount the apex deployment directory in /src so that after our build all of our files will be right where we want them. I also create a volume to allow for passing of ssh credentials in case your requirements includes any custom packages from version control, they will build as though on the host machine with all working ssh config and credentials. With this Dockerfile in the apex function directory we can change our build hook to:

In our build hook we make sure we have a docker image built, you could omit this but it is quick if the image is already built anyways. Then we run the container with the volumes mapped appropriately and when the container exits we have all of our dependencies, compiled on an EC2 compliant image, in our directory ready to be packaged by Apex.

You May Also Enjoy

Data Science in the Cloud: Networking Tips and Tricks

Do your data science on remote machines? These tricks will help your productivity.

Cross Validation: Bringing you into the fold

It is important to understand cross validation, not just what tools are available and what they do but why.